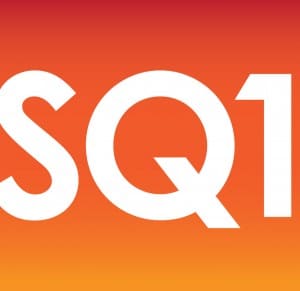 Joining us today is Steve Ewing and Danni Eickenhorst of Steve’s Hotdogs. Steve is a longtime musician and owner of Steve’s Hotdogs located in the Tower Grove East neighborhood of St. Louis, Missouri. Steve, the lead singer for The Urge, started his business as a hotdog cart in 2008 after realizing St. Louis lacked a place that served fun food

before and after live music shows. It didn’t take long for St.Louisans’ to realize that Steve’s culinary creativity was worth coming out for all on its own. The accolades and business growth soon followed.

Steve and Danni discuss their early journeys into entrepreneurship, Steve with The Urge and Danni in Freelance work.

Steve fills us in on how the concept of Steve’s Hotdogs came to be. He explains that while playing many of the Urge Shows, He noticed that there was a lack of food to be found outside the music venues – Steve’s Hot Dog cart was born. Steve says that entrepreneurially thinking to him means being creative, finding partnership and putting your ideas into play.

Steve talks about the challenges he faced while trying to get the proper permits and licenses to sell food within different municipalities.

Danni explains how their business relationship formed with Steve’s Hotdogs and talks about the importance of having the right team to make a business successful. Danni says that entrepreneurially thinking to her means always looking for new ways to serve people and to fulfill their needs.

Steve talks about the love that the community gave them when they announced that Steve’s Hotdogs had to close up shop. Danni tells us about how the local community rallied together in an effort to keep Steve’s Hotdogs  a neighborhood staple.

Steve talks about the current momentum building around his business and talks a bit about what the future holds.

Joining us today is  Andre Holman, Production Manager of STL-TV and Creator of MINE, YOUR Biz Networking Events. Andre is an experienced Production Manager with a demonstrated history of working in the government relations industry, Nonprofit organizations, Sales, Event Management, Team Building, and Media Relations. Andre carries a Bachelor’s Degree focused on Communications-Electronic Media/Broadcasting from Missouri State University.

Andre tells us about growing up in St.Louis and how a shocking change in schools turned his interest towards TV and TV production. Andre says that entrepreneurially thinking to him means being a ‘super-connector’ and says he enjoys connecting people and loves seeing others shine when given the opportunity to do so.

Andre talks about finding balance in television coverage in a way that caters to not just one community but all communities and their needs. Andre and his team then took a look at those needs and branded STL-TV as a channel that airs many different topics that would engage a wide audience.

Andre tells us about his most recent business venture called MINE, YOUR Biz Networking Events. Andre felt the need to create an event and a space where entrepreneurs or future entrepreneurs could come and have a dialogue with other business owners.

Andre explains how he plans to continue his MINE, YOUR Biz Networking events in the midst of COVID. Andre has a plan to gather top young professionals and connect them through zoom networking events.

Andre gives some advice to entrepreneurs and says to set yourself apart from the others and find what it is that you do really well – and that you love and stick to that.